Last month, as part of my university’s canoe club, a couple of friends and I went on a bit of an adventure covering Exeter, Dartmoor and Cardiff.

In total, there were 17 of us on the trip, with many of the older members being very experienced in their kayaks, while us newbies had not been in kayaks for months if that.

After oversleeping, and eating a pot of porridge while running up to uni with M, we met up with everyone else at 9am on campus and after throwing all our sleeping bags and rucksacks in the van, we hopped aboard the minibus, (with T, S and I claiming the back row) and headed off to the other side of Plymouth bay where the watersports centre is located. Our driver was the president of the club who started playing lots of tunes and getting increasingly excited every time she got to use a bus lane, she even did an extra lap or two of a certain part of the city that was highly populated with bus routes. 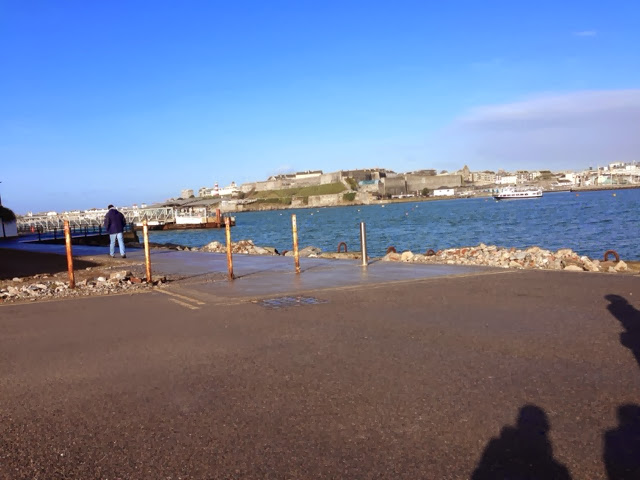 We arrived at the centre pretty quickly and got everything together for the trip – boats, paddles, wetsuits, cags, helmets, buoncy aids, spraydecks and all of our other stuff and then attempted the Tetris style challenge of fitting it all in the van! For 17 people; I can assure you it was quite the task!
It was a beautiful sunny day at this point and the centre is in the position where you can look back over Plymouth and see all the sights from afar, I hadn’t been that far round the bay before so it was really cool to see everything from a new perspective. 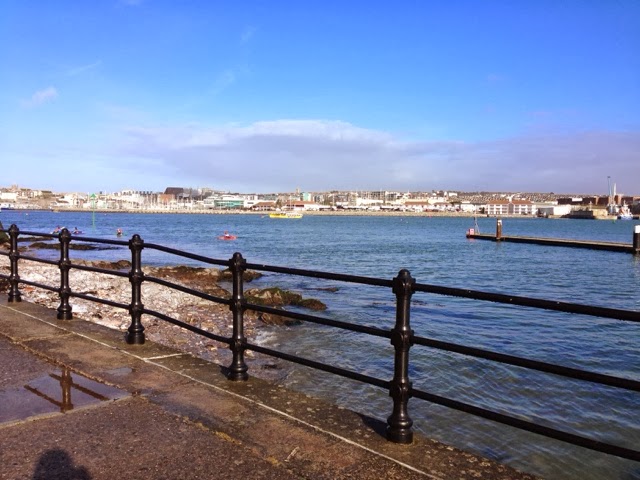 Once, everything was loaded up, we hit the road again and headed to Exeter which was about an hours drive! Once we found our way down to the canal, we all quickly got everything together and got changed and all got on the water! It was a beautiful place to start the days journey, on a little canal, you could see some of the city’s church spires in the distance and green hills and fields all around. Unfortunately, due to my lack of planning – I didn’t hire out a waterproof camera from uni so there are no pictures of us out on the water or of any of the surroundings which on one hand, was a blessing in disguise – as sometimes, I feel you spend too much time trying to capture what is going on rather than actually experiencing it. I definetely threw myself whole-heartedly into the weekend.
The president of the club had planned a circular route so off we went….
It started sunny but soon got very cold, and was definetely a test of stamina for the less-experienced of us, we were very lucky in that all of the others were very patient and helpful to us, without making us feel we were inadequate.
Unfortunately, just after we had got into the river, my dear friend M, capsized and was under for a good 20/30 seconds which really shook her for the rest of the day, and made her very cold 😦
We paddled for 7 hours in total, until darkness fell, memorable moments  included:
One of the boys kicking another one of the boys straight into the lock for a video and it happening multiple times. B was definitely a good sport for that.

My run-in with a bridge, luckily after crashing into it twice, I was rescued by a more experienced member of the club!
The weir – a terrifying prospect that ended up being really fun! Like a slide for

The point in the day when we had to get out of the river and drag our kayaks 10 minutes down stream to avoid some rapids, freezing cold and walking through muddy sinking sand, S and I looked at each other and said ‘We chose to be here, why did we choose to be here, what were we thinking?’ and then we burst out laughing.

A capsize – right at the end of the day which resulted in hysteria and giggles with the clubs president who was with me at the time!
We eventually made it close enough to our destination to stop and pull out the kayaks as it was getting dark, we all felt at risk of hypothermia and ended up pulling off our wet kit in a pub car park, if I had any problems with nudity before, those are definitely no more I must say!

Still a bit chilly, we packed up and all jumped on the minibus for a quick stop in asda for food and a look at the map before driving up onto Dartmoor to find our bunkhouse! It was a dark and treacherous drive as the wind blew and the rain fell down!

We arrived after much struggle with the dark winding roads, to find that it was colder inside the house than outside despite the rain and wind – the central heating did not appear to be working! So we put on more layers, made some food and all huddled together in the living room, spreading the warmth and all chatting, the house had no phone signal which I really loved cause we were actually able to talk to people rather than people being distracted by their phones.

The only other downside was the fact that there was only 1 shower and no hot water, we all decided not to risk it, after all we had finally got warm! Then, after a few hours hanging out, we decided to head to bed. T, S and I shared a room and that was nice and we all know each well, though I did worry I was gonna fall off my top bunk in the night.

After a couple of hours sleep, T woke up and told us it 5am, which was when we were told was going to be our wake up call anyway, so she said ‘just wait for it’ and soon enough, our bedroom door was slammed open with a chorus of singing and shouting from a couple of the boys telling to wake up. Now, if you know me, you know that morning aren’t my thing, so when another of the boys came round offering us ‘Cake or Death’, I think you may guess what I quite drastically chose!

The day consisted of a drive to Cardiff where the more experienced members of the club battled the river rapids before driving home and arriving in Plymouth for a long overdue shower and sleep, it was such a fun weekend though, despite the cold, I really enjoyed myself, and hope to go again soon when its sunny!